When most people think of Park City, Utah they’re thinking snowboards, ski slopes, and hot chocolate at the lodge. But when Jackson was asked to be a groomsman in a June wedding near Park City, we quickly found out this winter wonderland town had a lot more to offer.

The wedding just so happened to be the day before our anniversary, so we decided to extend our trip. We started a tradition of going camping for our anniversary instead of doing gifts. With a wedding in Utah, it only made sense to camp at Zion National Park which was conveniently on our way home from Park City. This made the 13-hour drive all the more favorable over flying.

We packed up the car with everything from our wedding best to our grungy silverware, and we were out the door by 5:15 am. There’s something peaceful and exciting about starting a road trip before the sun comes up.

Long road trips with Jackson are the best. He almost always drives the entire way while I nap, read, distribute snacks, watch movies, and talk his ears off. It’s fantastic.

Having never been to Utah, road tripping turned out to be an incredible bonus. It went from dessert canyons to luscious mountains. There was something new and different every couple of hours. 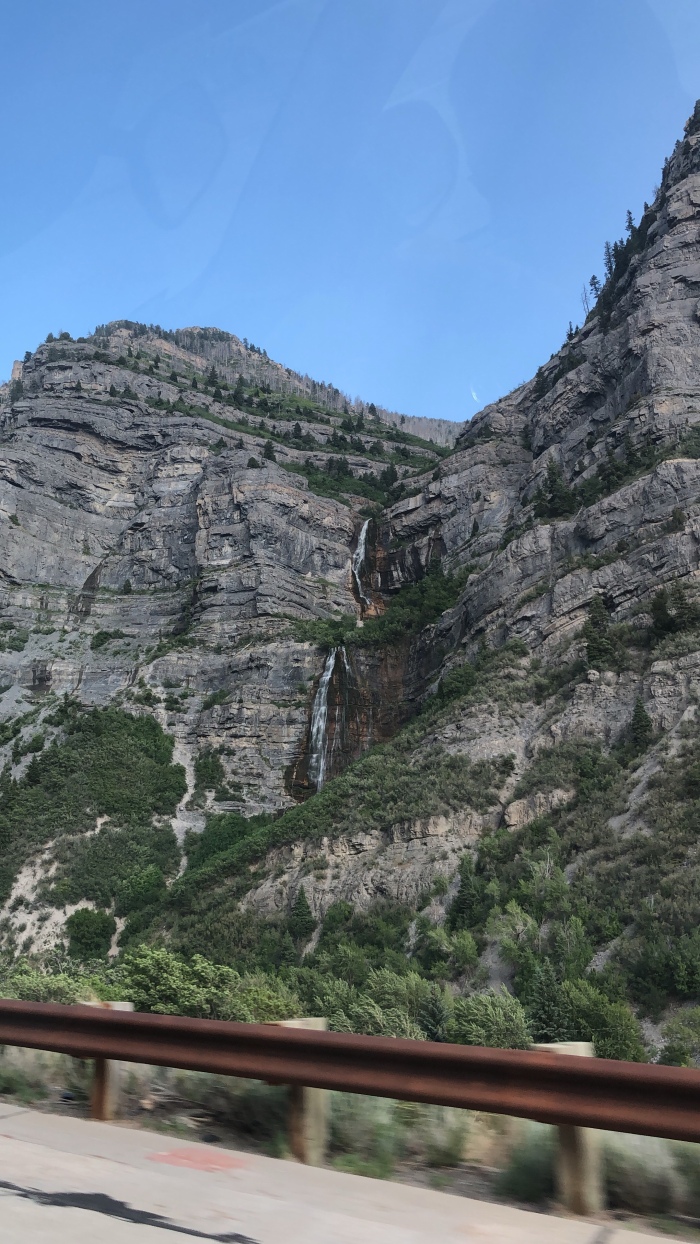 I fell in love with Park City the moment we drove in. They have city shuttles that take you all around town. The Main Street is adorable with a colorful palette of local shops and eateries. Everywhere you look in Park City there’s slopes in the mountains and ski lifts hovering the roads. I can’t even imagine how much more beautiful it is in the winter.

One of the nights there was an event downtown where they closed off main street and various businesses hosted table settings all along the street. There were arches, chalices, goblets, and extensive floral arrangements. Each section was completely different than the last and I was eager to take a seat at any table with an opening. It looked like 15 different wedding receptions happening all at once. 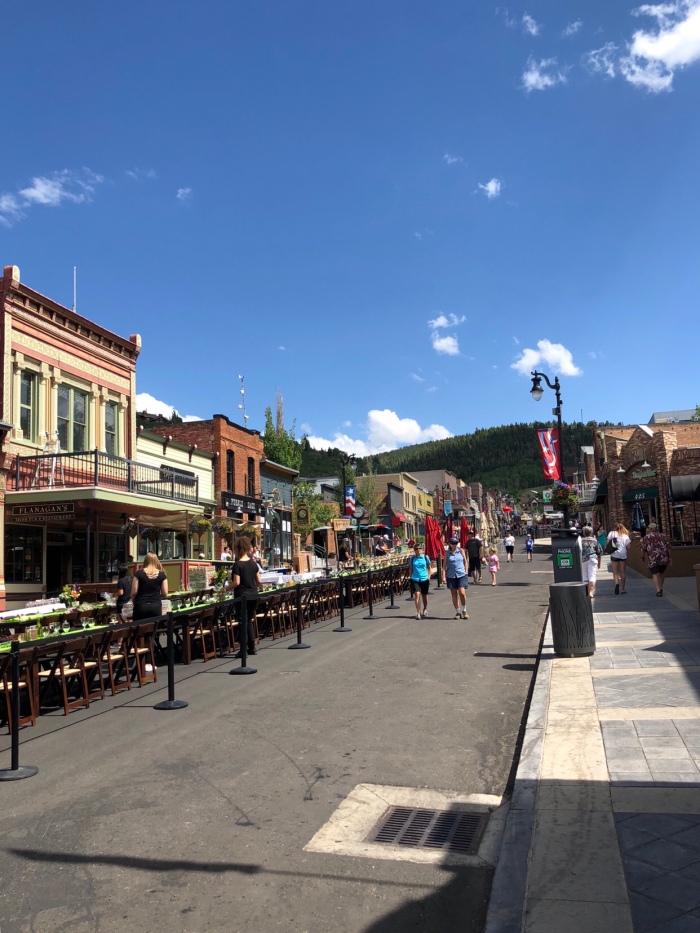 When we arrived, we checked into our Airbnb and headed downtown to meet the wedding party for pizza. Jackson and I devoured an entire family size Santa Fe Chicken pizza from Main Street Pizza and Noodle. Whoops.

There was no way we weren’t going to go for a hike in those beautiful mountains so on Saturday morning we filled up our hiking packs and set out for Desolation Trail—a four mile round-trip hike with 2,000 ft of elevation gain. It was one of the hardest hikes I’ve done to date. It felt like we were hiking vertically for 2 miles and had to take more breaks than I prefer but each one was needed more than the break before.

Midway up the trail I heard a loud crack and saw something dark move in the woods. Convinced it was a bear, I panicked and asked Jackson what do we do!? He tried to keep me calm and clapped his hands in hopes of not scaring the bear (that wasn’t actually there). We continued on our way—with my heart racing and eyes darting left and right for big furry animals. I said a prayer and kept on trucking.

We made it to the top and were greeted with a beautiful panoramic of snow-capped mountains, pine-covered hills, and a serene pool of water below. Jackson insisted we free climb our way to Desolation Peak even though there wasn’t a trail to the top. So we did. And he was right—it was well worth it. 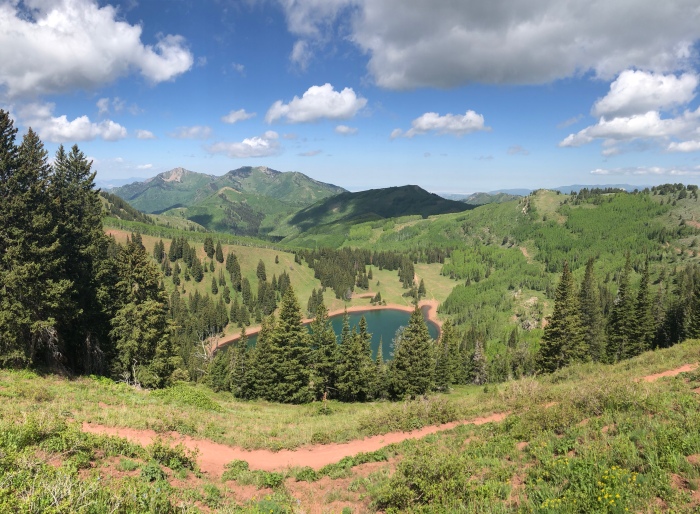 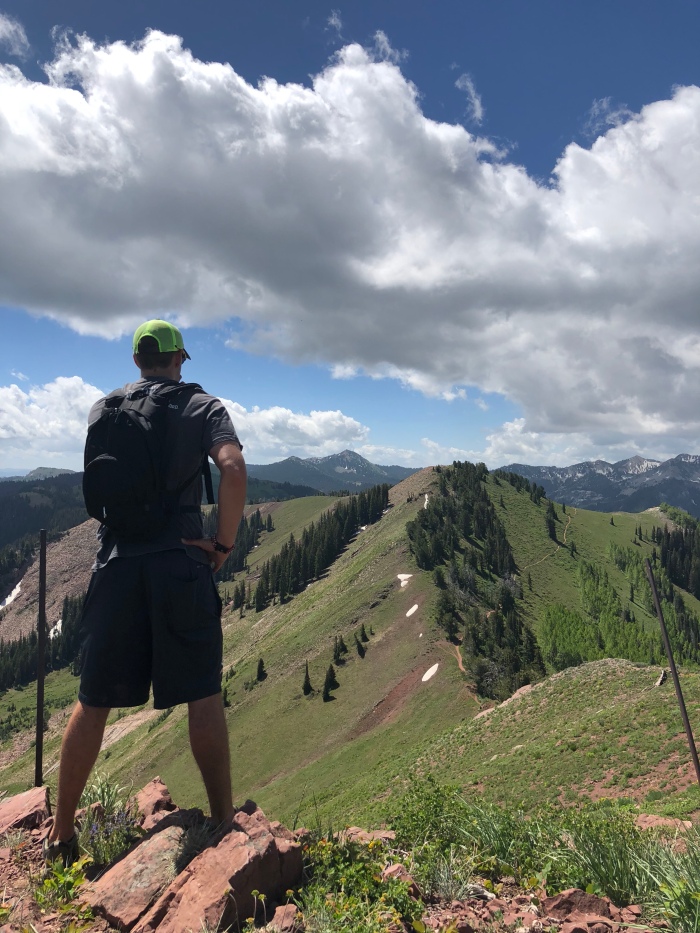 While snapping a few pics at the top, I paused just a little too long. I felt something irritate my ankle, and when I looked down my entire foot was covered in ants making their way up my leg! I squealed and stomped away until they all fell off. We were both gagging at the sight.

Once our stomachs started to grumble we figured it was time we make our way back down.

We showered up and went to the wedding party house for the rehearsal dinner. We heard how massive and elaborate the rental house was before arriving but it blew our minds nonetheless. We had to go through two private gates and use a password before getting to the destination.

We wound up the roads, passing mansion after mansion, before arriving at the house. Each house held a woodsy theme which stole my heart all the more. It was dream houses galore! We pulled up to our destination and the front door was 10 feet tall. We were greeted with dark wood, leather accents, and fury throw pillows. The first thing we did was head to the porch for a rich Mountain View. We explored the rest of the house, room after room. My favorite was the movie theater with a soda fountain in the adjacent room. Jackson liked the reading loft above the living room. We spent the rest of the evening getting to know the wedding party over delicious Mexican food. 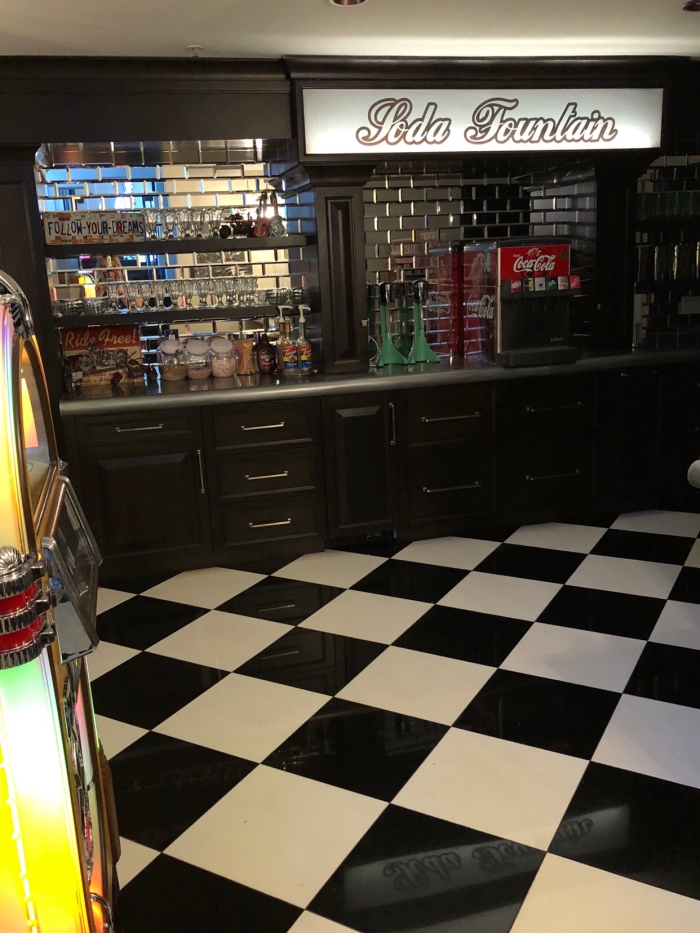 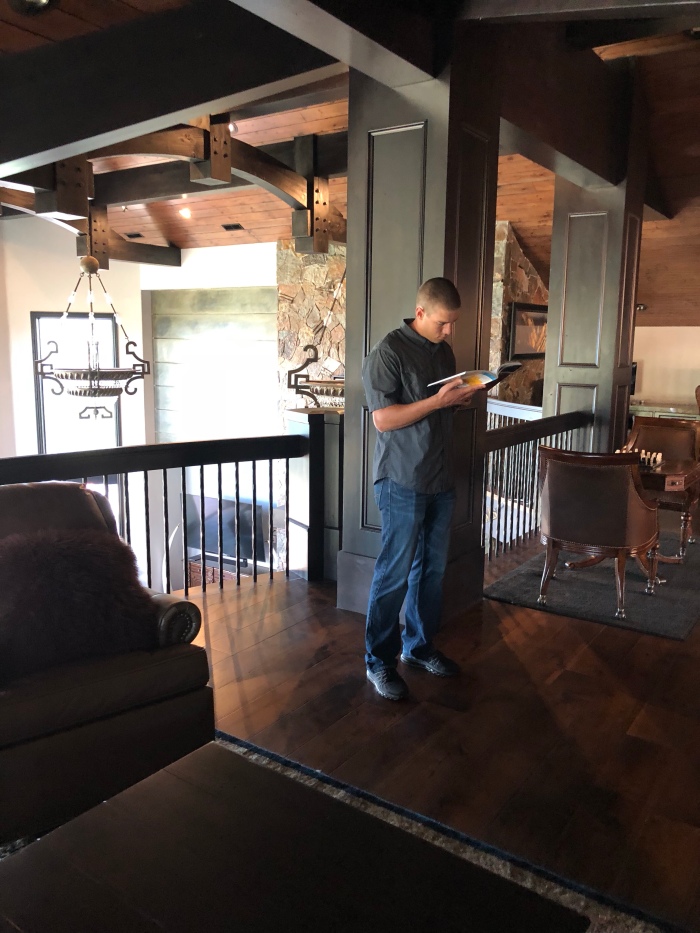 The next day, wedding day, we went to a bagel shop for coffee and sandwiches. We ate them outside so we could soak up as much of the green mountainside as possible.

Jackson went to the house to get ready with the guys while I hit up the outlet mall. On my way back I saw Olympic Park where some 2002 Olympic events happened. I’m a big winter Olympics fan so it was a pleasant surprise.

I went back to our place, got ready for the wedding, and headed to Jeremy Ranch for the ceremony. When I got to the venue I followed the adorable hand-lettered signs which brought me to a beautiful ceremony setting with a wooden arch decorated in pink flowers and greenery.

The reception was under a tent that overlooked the golf course. They had teriyaki salmon, red pepper chicken with pesto, and pork loin for dinner. Delicious.

After the first dance, the DJ got the party started with Wobble. Jackson and I were all over that. After that the dancers started to dwindle, but not Jackson. He owned the dance floor all night. Whether dancing by himself, in a dance off with Mike, or doing the worm in the middle of the dance circle, he was the life of the party.

We sent the couple off with a sparkler tunnel and called it a night. I can honestly say, despite only knowing the groom and Jackson at the wedding, it was one of the most fun and beautiful weddings I’ve ever been to. I love love.

View all posts by Chels + Jax

How does the moon cut its hair?