This Rainbow Turkey Chili has as much color as it does taste. It’s full of nutrients and has a rich blend of protein and fiber. The perfect recipe for a chilly day—pun intended. 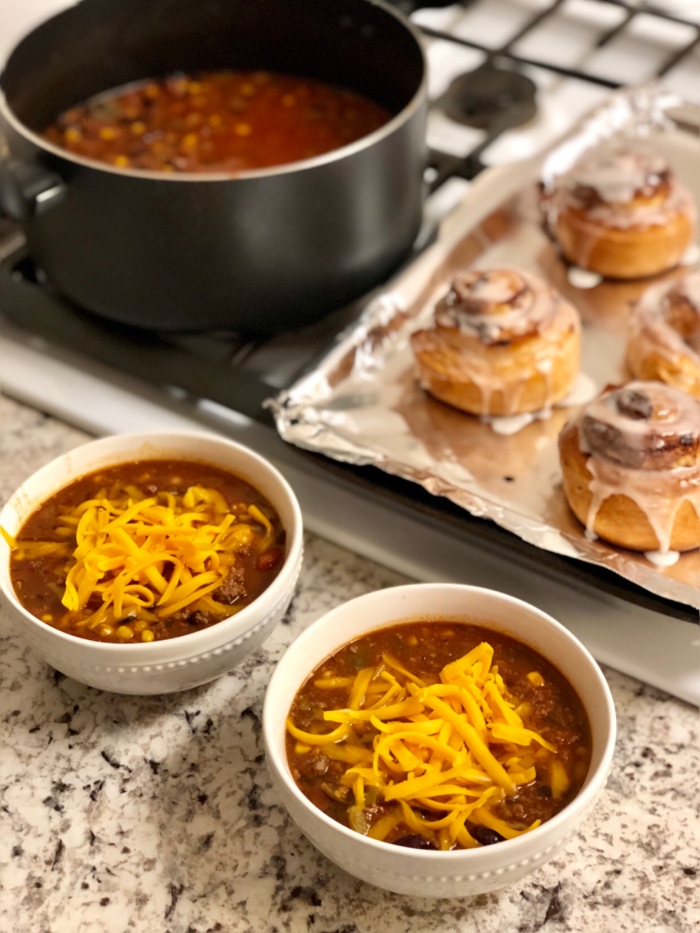 When I think of chili, football games, cozy blankets and corn bread come to mind. But the first time Jackson and I decided to cook chili we were torn on what to make for our side. After getting all the ingredients to make chili, our conversation went something like this:

“Should we get some cinnamon rolls?” – Jackson

“You want to get cinnamon rolls to go with our chili? Don’t you mean corn bread?” – Chelsea

“No… I mean cinnamon rolls. We ate that all the time growing up. Didn’t you?” – Jackson

“No. You’re weird. But let’s get cinnamon rolls anyway because they’re delicious.” –  Chelsea

I’m still a firm believer that corn bread is the ultimate item to pair with chili, but if there’s an occasion to have cinnamon rolls you can bet I’ll be on board.

When I told my mom how funny it was that Jackson paired cinnamon rolls and chili. She said, “That’s not weird. We had that for school lunches all the time when I was a kid.”

Mind blown. My own mother. The one who raised me on chili and corn bread.

Anyway, chili and cinnamon rolls is a thing and even though it sounds weird, you should give it a try.

To make this in a slow cooker, brown the onion and turkey ahead of time and reduce the chicken broth to half the amount. Cook for 3-4 hours on high or 6-7 hours on low. As long as the flavors have had enough time to blend together and it’s a desirable temperate, it’s ready to go!

To add even more colors to your chili, add in yellow, orange, and red diced bell peppers.
If you want a more runny chili, include an additional ¼ cup of chicken broth or water. 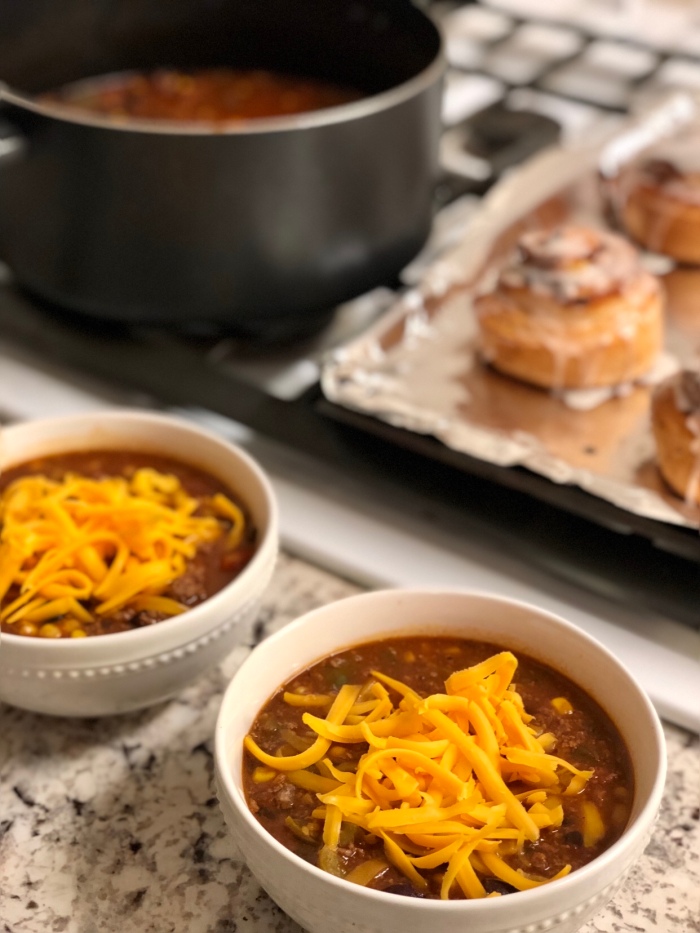 View all posts by Chels + Jax

How does the moon cut its hair?